Being a Boy Scout Pays off in More Ways Than One 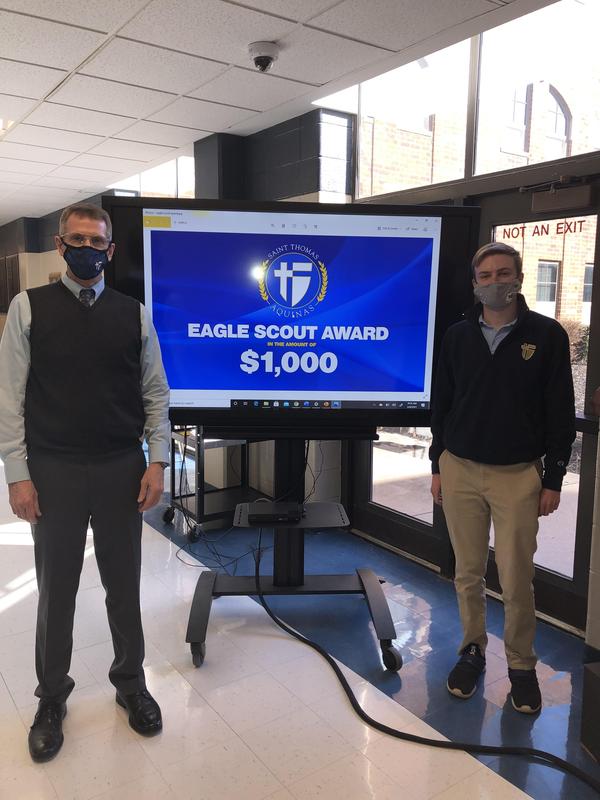 Earning the rank of Eagle Scout is one of the most prestigious awards someone under 18 can earn but for Evan who started as a Cub Scout in Kindergarten, being a Boy Scout hasn’t been about the awards. Being a scout means, “doing my best to help other people at all times with small things like opening a door for someone, or helping them carry a heavy box, or listening to a friend in need”. Which is just what he did when he decided to build a bench for Lazarus Ministries. Lazarus Ministries, a charity in Kansas City, Missouri, that provides food, clothes and other necessities to the homeless and the needy in Kansas City was lacking something. Evan, who attended Holy Trinity Catholic Grade School and is a member of the parish, decided what the charity could use was a bench where people could sit and visit. Getting his project approved by Shawnee Trails, the local Boy Scouts district, took a bit of planning. He had to show the council his blueprints for constructing the bench, the estimated cost including funding for the project, safety precautions, and the benefits the bench would provide the charity. Once he received the go ahead to build the bench, Evan’s uncle, brother and a few fellow Scouts worked with him. It was his first time building something with wood using power tools. For Evan, this project was beneficial in many ways, “I learned the process of building and completing a project and the importance of making a lasting impact on the community.”
Additionally, there is a $1,000 scholarship available to an incoming freshman girl who has completed her project and earned a Girl Scout Gold Award or a Heritage Girls Stars and Stripes Award. For more on our Scholarship Opportunities, visit https://bit.ly/3eP7P89.