In the Fall of 2013, The Shield's staff featured only four students: junior Jordan Bartz and seniors Troy Hilderhof, Annie Schugart and Bryan Zack. That staff reignited the student body's excitement to read The Shield and was named a First Class newspaper by the NSPA! That staff doubled to eight students the next semester, continued to build excitement with students, and it nearly doubled again to FIFTEEN students for 2015-2016.

BECCA HAEUSSER, editor Also in musical and choir and addicted to running and baking. She also enjoys playing the piano and reading. Becca plans to major in nursing.

What Mr. Hallauer says: Her musical and theatrical talents are a major problem for me because it keeps Becca from being more involved in Newspaper and Cross Country. She’s a role model for others with her overflowing kindness.

What other Shielders say: Her cookies are amazing, her monster cookies were so good … a perfectionist … would drop everything to help a friend … she probably spends more time helping others with layouts, titles, decks, etc., than she does with her own story … there is not a mean bone in her body.

Prediction for 2018: Everyone’s favorite study group partner, regardless of whether she brings baked goods.

EZRI KILLEEN, editor-in-chief Ezri is also involved in the musical, the show choir, the chamber choir, French NHS, Thespian Society, the vice president of Tri-M, an avid dog lover and a Harry Potter enthusiast. She intends to study journalism in college.

What Mr. Hallauer says: Ezri is another young lady with too much musical talent for The Shield. She’s the complete package of a perfect teammate with her attitude and her skills.

What other Shielders say: She brings energy to the newsroom … she’s loud and funny … one of the nicest people I’ve ever met … caring and would do anything for anyone … her articles help everyone … very passionate person, always goes above and beyond … hilarious and the best personality ever … she freelances but it feels as if she is in class because she is always there on layout day and contributes to each month’s issue … she is always ready to work hard and serenade us while we work … impeccable singer, person and friend … comes in clutch.

What Mr. Hallauer says: Mia could soon be our most popular writer. Her observational skills, her originality, her levelness and her wit make a great combination.

What other Shielders say: The calm during the storm … always cool, calm and collected … funny and bubbly freelance reporter who finds time to write smart, witty articles … hard worker, gifted designer … always there to help out … no-nonsense person … perfect Shield member … best at coming up with story ideas … funniest person ever, absolutely hilarious … I laugh pretty much all the time around her … one of the most reliable reporters we have … she is a super nice girl.

KAT SCHARTZ, editor Also a member of Key Club, an executive for Pieces, a junior leader for REbeL, and an addict for Chipotle. She intends to major in political science.

What Mr. Hallauer says about Kat: She definitely has the attitude of a great journalist. She’s concerned about the well-being of others but she also has the grit and intelligence to do so much more than just worry about it.

What other Shielders say about Kat: Gets the job done .. writes really good stories … she is very passionate about social issues … hard worker and dedicated journalist … she does so much for The Shield without a single complaint ever … great ideas and great stories … diligent … amazing person with amazing hair … one of the funniest people I know … does not complain when I ask her endlessly to help me … one of the most politically and socially aware people I know .. some of the best eyebrows I’ve ever seen … writes stories with an elegance envied by all … her stories are must-reads … creative.

SETH WALKER, editor Also plays soccer, kicks for the football team, and loves good pranks and jokes. He wants to major in journalism or law.

What Mr. Hallauer says: Seth stands out as the biggest goofball in class, but he also has the mentality of a great reporter. He’s always asking why things are the way they are and always noticing hypocrisy and unfairness.

What other Shielders say: Great sense of humor … always makes everyone laugh … hilarious … great at lifting the staff’s spirits … caring teammate who is very involved … gifted interviewer and photographer … Ugh, Seth … very passionate and dedicated … always helpful and fun … his positivity is contagious … the class would feel so empty without his presence … we would be lost without his spiritual guidance … always gets donuts and milk, unless he is running late … only 100% successful kicker on the varsity football team.

Prediction for 2025: Waiting until the last minute to get Mr. Hallauer out of legal trouble.

ANDREW SCHOONOVER, reporter Also a debater, a member of the Johnson County Youth Court, Making Caring Common Youth Advisory Board, and a member of Key Club.

What Mr. Hallauer says: Andrew is the only student I’ve ever allowed to write for The Shield at the beginning of sophomore year. He had so much desire to be on staff that I gave him a shot before he even took J-Comp, and he responded with a good story.

What other Shielders say: A rising journalist … great future ahead … great style of writing … loads of style … he knew what he wanted here at Aquinas … incredibly motivated and dedicated reporter … his writing puts that of The New York Times to shame.

Prediction for 2017: Everything except his lack of drill team and oboe experience points to him being the second-coming of Annie Schugart. So Annie will either sabotage him or be thrilled to finally have her own twin. 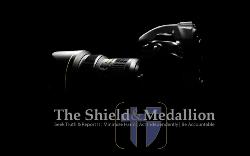