A Letter from Principal Craig Moss 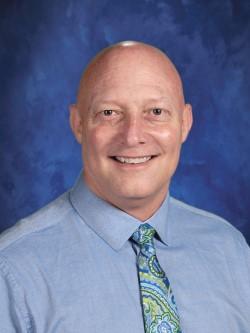 “My kidneys! My kidneys!” my daughter shouted from the seat behind my wife. “They hurt so bad!”  My wife’s face took on a concerned look. I, however, was in celebration mode given that my daughter was obviously a child prodigy because she knew she was having kidney pain at 3 years of age. I looked at my wife with a huge grin on my face and she furrowed her brow at me to bring me back to earth. I glanced into the rear-view mirror and my wife adjusted herself in the passenger seat so that she could gaze upon her children in the seat behind us. Calmly (I was wondering how she could remain so calm… our child is a genius!), she looked at our daughter and said “Alex, what is wrong with your kidneys?” Alex replied, “Oh my gosh they hurt so bad.” My wife put her hand on Alex’s side and asked Alex what was going on. Alex said “No, mom, it’s my kidneys.” My wife looked over at Ben who was 4 years older than Alex and gave him a puzzled look… he returned her gaze with a look that seemed to say “Oh no. This isn’t going to end well.” Alex said, “Look at how red they are!” and pointed at her knees. They were bright red, matching the color of the knuckles of her brother who had obviously been affirming his, and her, place in the family hierarchy. My wife looked at Alex and said “Honey, those are not your kidneys. Those are your knees.” My heart sank… she wasn’t a child prodigy after all. And then Alex replied… “Yes they are, mom. I’m not old enough to have grown-up knees.” Well… maybe not a prodigy yet… but there was still time. We laughed as we explained as well as we could what we thought she was saying, and her brother did mumble some sort of an apology, and we continued our travel to wherever we were going.
Some of our best family conversations took place in the car. Family dinners were few and far between because we were all rushing to get to the next event, so that was where we came together. We talked about hopes and dreams and challenges and sadness and happiness and everything else under the sun. It was where we learned how to talk to one another, and, just as importantly, how to listen. It was where we grew to know that sometimes loud, chaotic conversations with 4 people talking at once was ok, and where you could sit in silence for a half hour with no words said and that was ok, too. It was where no judgements were made and where our kids let us know “I neither need nor want you to solve it, dad… I can do that… I just need to verbalize it so I can think through it.”
If it isn’t built into your day in some way, shape, or form, I would encourage everyone to find some way to take the time to listen to your kids. Maybe it is ice cream after a soccer practice… maybe it is on the front steps during a rainstorm… maybe it is at the dinner table. Listen to their hopes and dreams. Ask questions and actively listen. Yes, it is part of the development of teenagers that they want their independence from their parents and they think that adults don’t know much. But… they are still human beings who need to know that we care and that we will be there for them when they fall and scrape their knees… not to fix it for them, but to help them up so they can fix it for themselves.
We are almost into November and the rush of the holidays. The rest of the semester is going to fly. In two months’ time fall activities will have ended, winter activities will be in full gear, Extravaganza and Thanksgiving will have come and gone and finals will be upon us. It is hard to believe we’ve already gotten to this point in the semester as it feels our freshmen just got done walking the red carpet for the first day of school, and our seniors will be alumni in just ½ a year.
Finally, I want to say thank you to all the good souls who came up on a Saturday and cleaned up the grounds. It made a ton of difference.
Peace,
Craig Moss